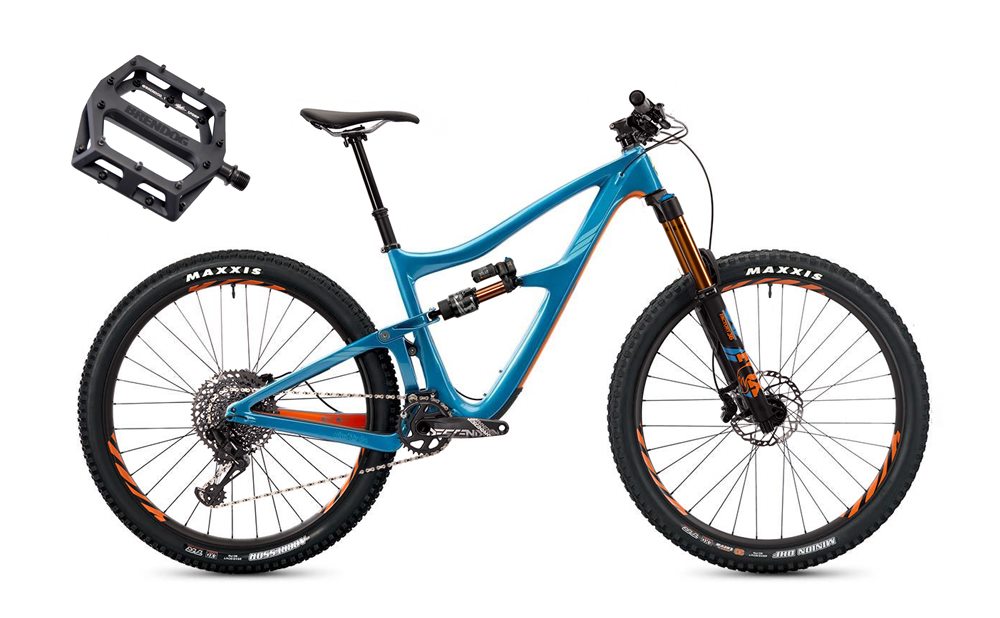 WHO IS IBIS?
Ibis Bicycles was founded by Scot Nicol, one of the earliest mountain bikers in California (the birthplace of the Mountain Bike). Scot started designing frames in his garage in 1981 when a friend asked him to build a frame. In the '90s Ibis has some rad frame designs but was relatively low brow. Well, this was until 2015 when Scot partnered with Hans Heim, formerly of Specialized and released the Ibis crazy light and ahead of its time, Mojo. Since Ibis have had a realm of award-winning bikes and pro riders racing them to provide them with technical feedback.

WHAT'S A RIPMO?
The Ripmo is a bike Ibis has been wanting to make for a while, they describe it as a mashup of their Ripley's balance and speed, coupled with the infamous Mojo HD4's capabilities. The Ripmo is Ibis's Teams weapon of choice for the 2019 Enduro World Series.

With a light sub six Lb frame and the improved DW-link suspension design (yes the same Dave Weagle link design that was used to win six UCI downhill World Championships, the same link on the Iron Horse Sam Hill famously won the UCI World Downhill Champion two times consecutively), with 145mm rear wheel travel and 160mm up front, this is the most versatile bike Ibis have ever built.

It also marks a dramatic shift in their geometry, the reach on the Ripmo is nearly an inch longer than the EWS Team winning HD4, with clearance for a 175mm dropper. The end result is a bike that’s race-ready.

Yes, thank you Ibis, a Californian brand that has considered the UK conditions! 2.6” tire clearance, short chainstays, and... a threaded BB, trick internal cable routing and the ability to run both a piggyback reservoir shock and large water bottle.

GEOMETRY
Magic words? “longer and slacker?” it seems every manufacturer (Ibis included) is guilty of overusing them. It makes bikes descend better but the question is, how far can it be pushed? Ibis felt there were limits to this trend until they began experimenting with seat tube angles and fork offset.

By making the seat tube angle a steep 76°, they have put more weight over the front tire, which solves an issue a lot of brands (no names mentioned) where the front becomes to light and sketchy.  So, in turn, this keeps the front end from wandering or washing out. Moving the seat tube forward also required pushing the front end forward to keep the top tube numbers static, resulting in the longer reach.

In addition to the steep seat tube, the Ripmo also uses a fork offset that is shorter than traditionally used. That makes a 65.9° head angle feel like 64.5° without increasing the wheelbase. You get the stability of a slack head angle without giving up your ability to go around tighter corners.

The Ripmo geometry enables a new level of confidence and speed, bringing the stability of the EWS Team Championship winning HD4 to 29” wheels.

With a platform as versatile as the Ripmo, you should be able to run whatever tires you want. We pioneered the wide rim revolution and we’re partial to the new crop of 2.6” tires. When paired with our 35mm internal width rims, these high volume monsters can be run at eerily low pressures, delivering mo’ traction without getting squirrely.

BUSHINGS WHERE YOU NEED THEM, BEARINGS WHERE YOU DON’T
If you ask an engineer, they’ll tell you that bushings are lower maintenance, stiffer, lighter, and more affordable than bearings. The key is to only use them where it makes sense.

Bushings work best in applications with high loads and minimal rotation, two things ball bearings don’t like. That’s why suspension manufacturers use them for shock mounting hardware and why we’ve used them for the past five years on our Ripley, HD3, and HD4 clevis.

High loads and minimal rotation describe the Ripmo lower link pivots so we’re introducing a new link featuring IGUS bushings. The new link is 80g lighter than its ball bearing equipped equivalent, while also being torsionally stiffer. The bushings are shielded from the spray, protected by airtight seals and will last a long time.

We believe so strongly in the concept, we’re offering free lifetime replacement on bushings. Have a problem? Call us. We’ll send you a new set.

LONG DROPPERS
What’s better than a dropper post? A longer one. That’s why our frame is designed around a dropper that's as long as possible. Riders on large and XL frames can use a 175mm post, and riders with longer inseams can get away with a 185mm or 200mm post.  Folks on mediums can use 150-175mm and the small frames will accept 125-150mm.

That low top tube means extra clearance, which gives you the flexibility to pick frame size based on reach, not standover height.

INTERNAL CABLE TUNNELS
While all our bikes have internally routed cables, the Ripmo is the first to feature carbon fiber tubes moulded inside the frame. Just put the housing through and it pops out the other end, no need for swear words or a pickset.

TYRE OPTIONS
Tyre makers now have a range of options with varying tread patterns and casings from 2.4" - 2.6", all optimized for 35mm wide rims. With the Ripmo, you can choose the tyres that work best for you and have plenty of clearance to boot. 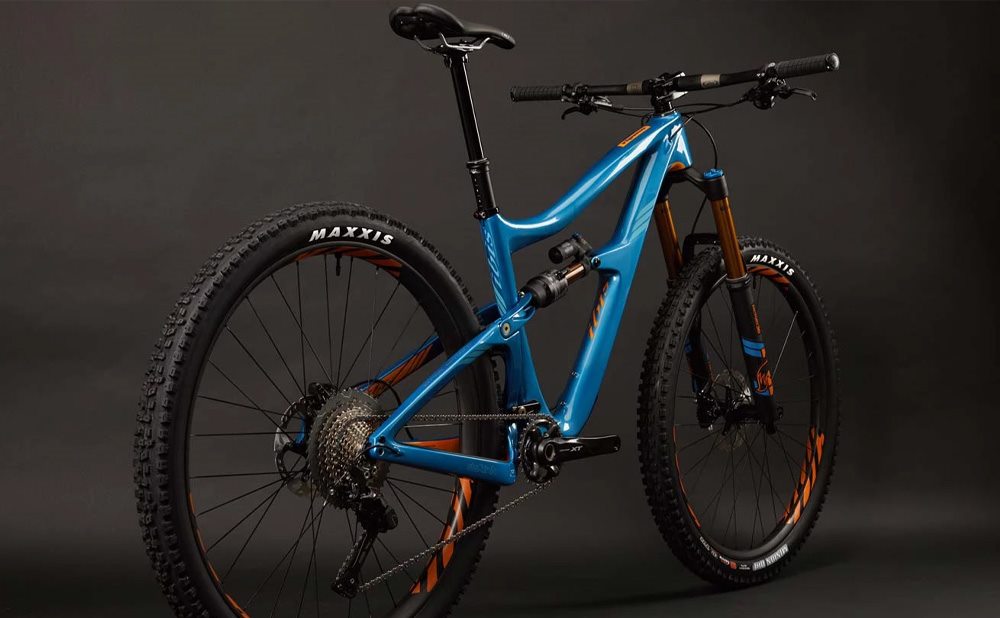 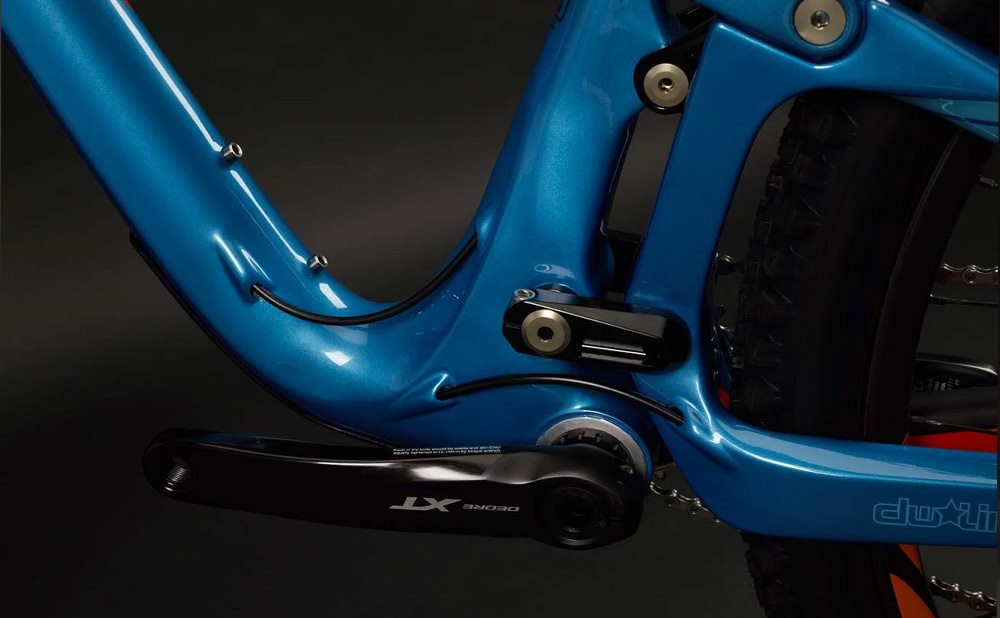 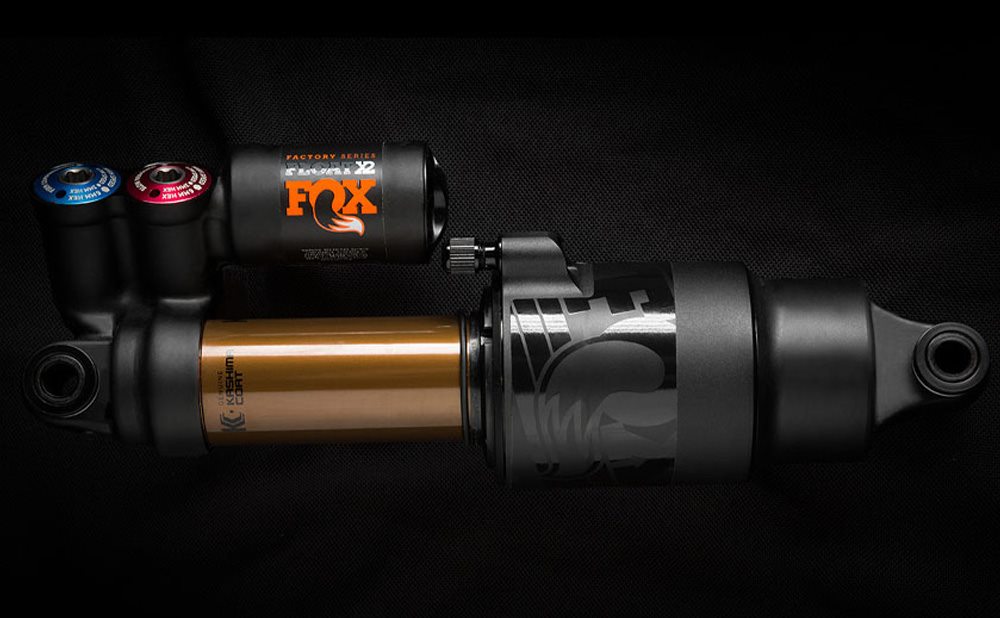 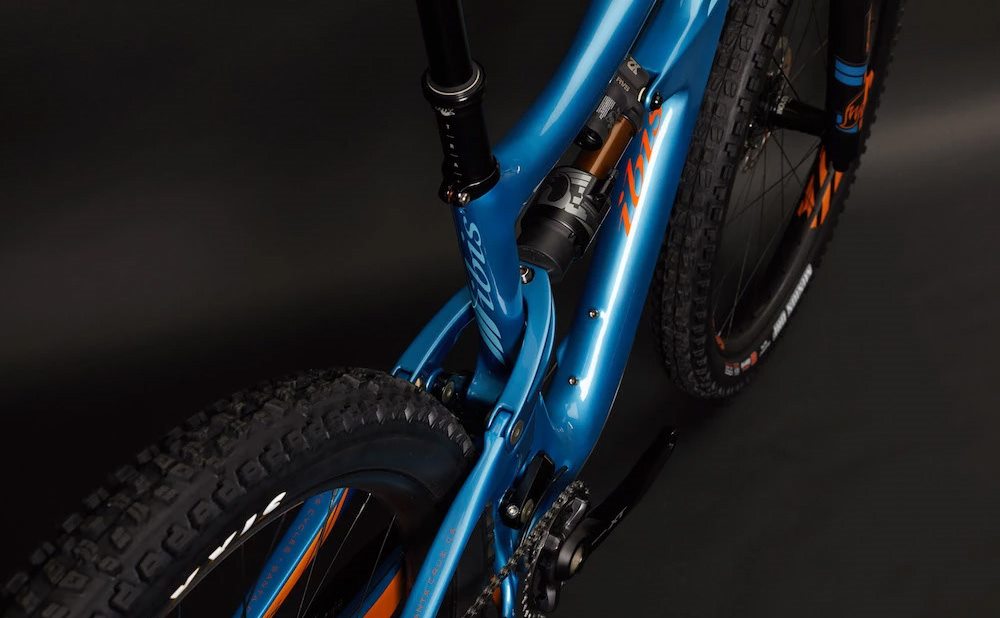 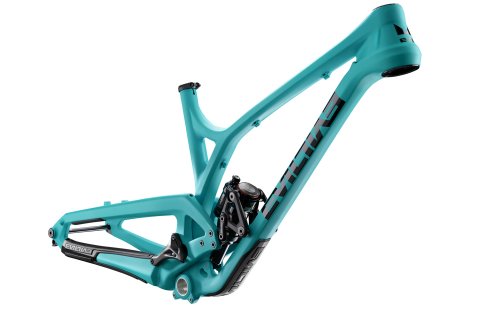 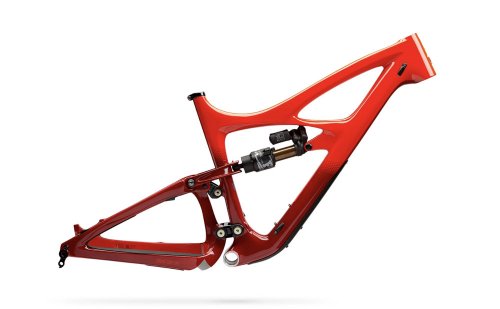 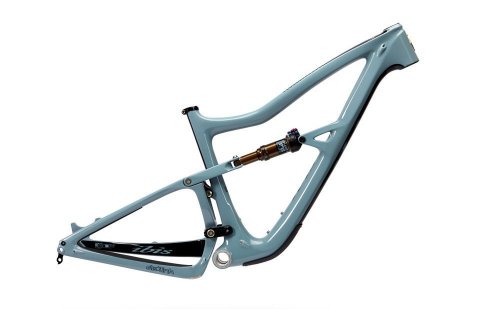 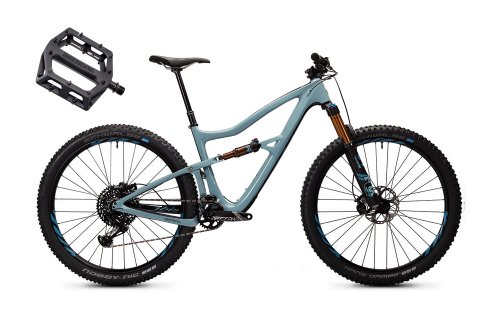 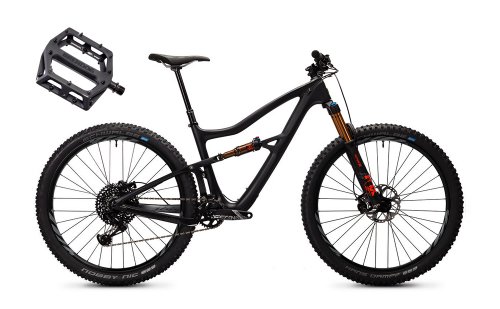 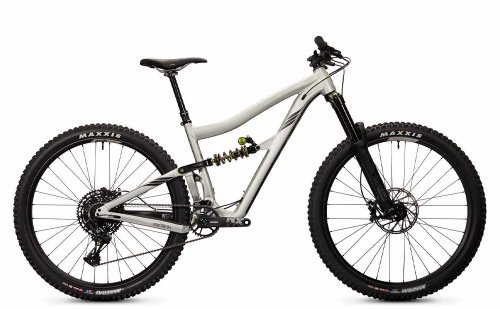 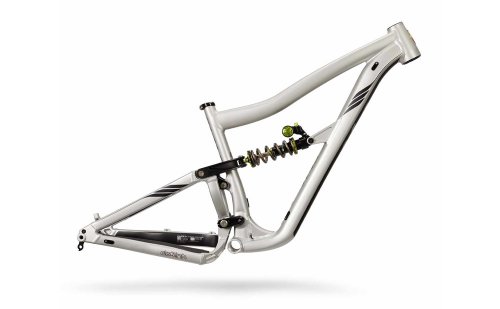 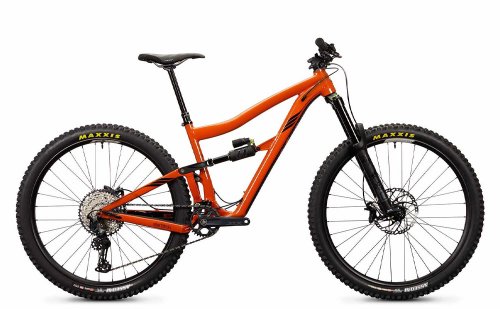 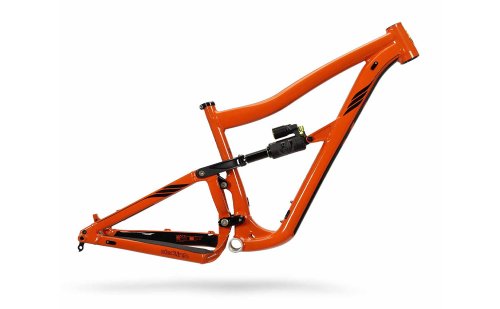 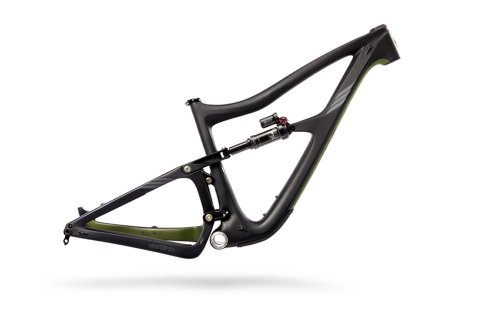 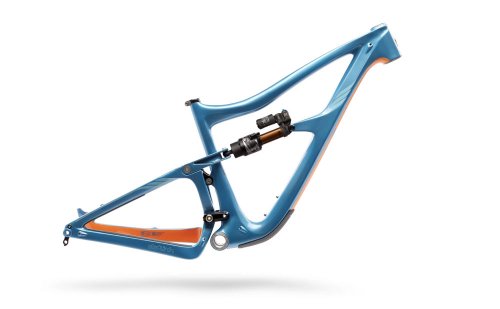 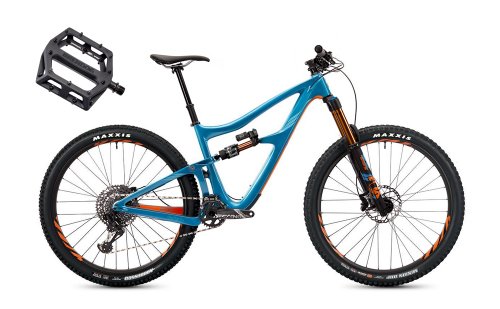 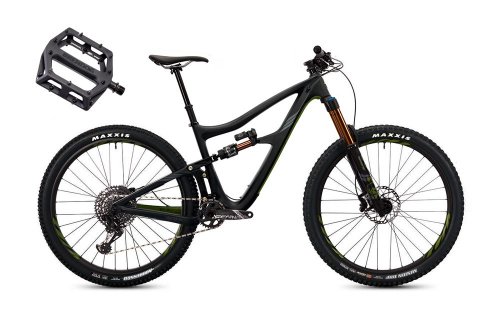 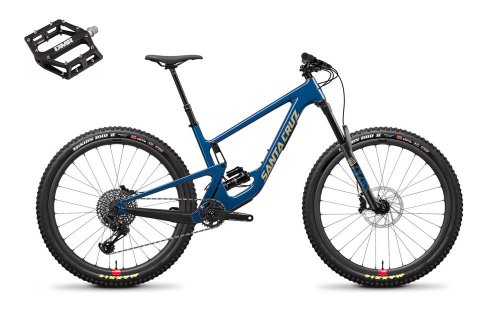 Santa Cruz Hightower C Blue S-Kit Reserve
$8,366.69
OK
By accepting or continuing to browse this site, you are agreeing to our use of cookies and our privacy policy
ACCEPT