A breif history of Santa Cruz

How do you create one of the worlds best Mountain Bike brands? Well, how about putting some of the coolest, smartest people together to form a Bike company? In 1993 Rob Roskopp, Mike Marquez and Richard Novak did exactly that and founded Santa Cruz Bicycles.

Richard Novak the owner of the rad Santa Cruz Skateboards, a company he founded in 1973, teamed up with Rob Roskopp who had spent many years as a professional skateboarder (if you've not seen it check out the classic skateboard film Wheels on Fire) and bike engineer Mike Marquez aka “Neezer”  who had been professionally tuning off-road motorcycle suspension for years.

From a single car garage at the Seabright Cannery, in Santa Cruz, California, they created their first bike. At the time full-suspension bikes were far from the norm, and a do-it-all bike with rear suspension was considered highly irregular. But founder, skateboarding legend, Rob Roskopp, wasn’t hog-tied to following trends or being told how to think. Instead, he could see that full-suspension was an innovation whose time had come, with them all having a motorcycle background and working alongside Neezer, it was logical to progress and make a full-suspension bike, the Tazmon. 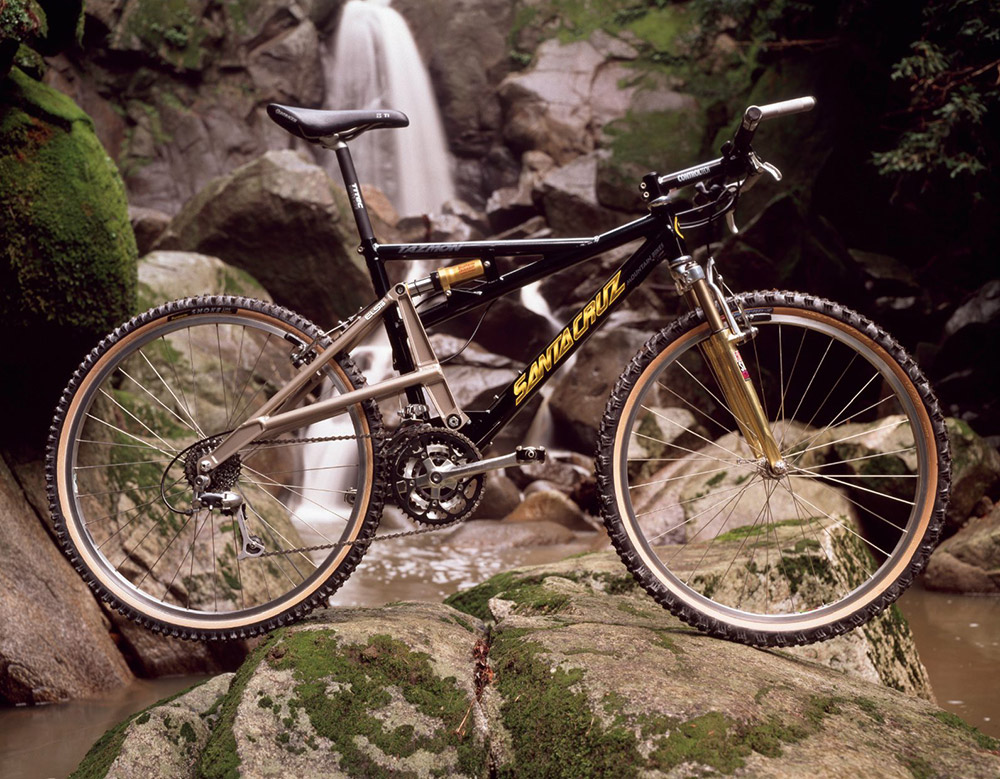 Since then it's fair to say that Santa Cruz has gone on to establish themselves and one of the top 3 best bike brands in the world and without doubt the coolest. This, however, was no accident, not only was the marketing and visual experience of Novak a key part of this, Rob Roskopp played huge roles in finding the best suspension to creating a World winning race team, the Syndicate. Roskopp has racing in his blood, he competed throughout his life at hockey, BMX, skateboarding, snowboarding and mountain biking. This vision and talent of finding not only the best riders on the planet but also the raddest riders soon placed Santa Cruz as a company that was serious about the sport. Santa Cruz Syndicate has been top dog in the World Cup DH circuit for the last 15 years, their riders have included; Cedric Gracia, Steve Peat, Greg Minnaar and Josh Bryceland to name a few. 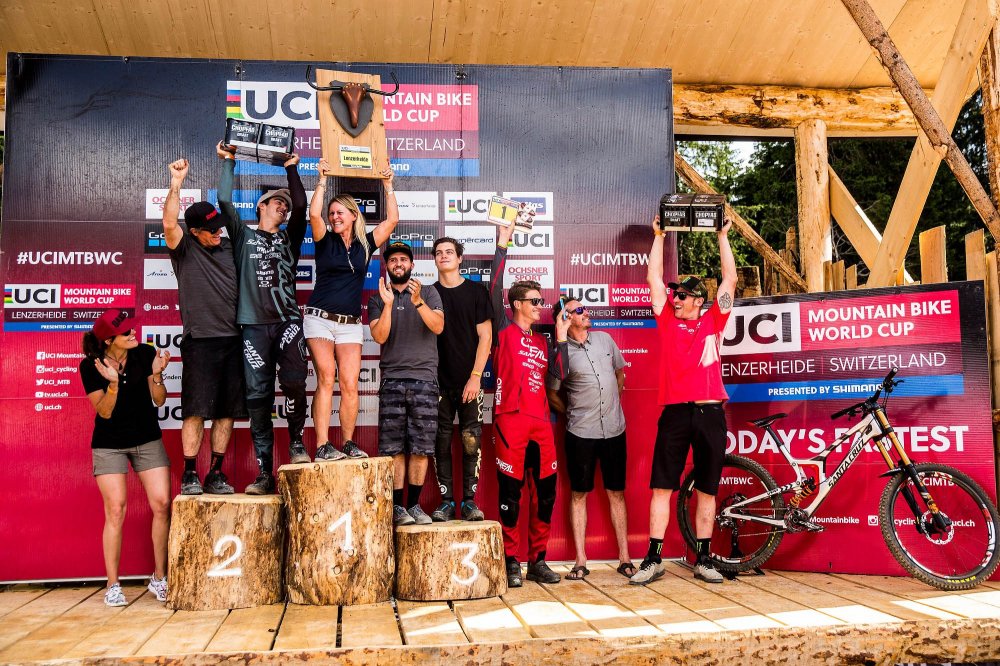 Tried and tested and then tested some more

Sexy looking bikes, with a great race team, do not sell if they can't perform. Santa Cruz never set out to simply make cool bikes, they set out to make performance-driven bikes.

A few years back a friend of ours at Evo who tests and develops Airplan and Automotive parts for a living, watched the Pinkbike video of Santa Cruz test lab and some pictures of them using CAD FEA software.

He was blown away by their testing, saying the software they use to test weak spots on the frame was the same they used for the leading car manufacturers, also that it's very, very expensive - they must be very serious about making very good frames. According to our friend, the extent of their testing was far beyond the norm for the cycle industry which was reassuring, but also explained why we had so little issues with Santa Cruz.

The combination for virtual testing and feedback from their riders and race team have equated in some seriously cleaver tech and great bikes.

Santa Cruz now manufactures a wide range of high-performance Mountain Bikes, made from either carbon fibre or aluminium, covering everything from hardtails to 8.5" travel Downhill machines. Their bikes are available with a wide range of component and suspension options to choose from, each hand-assembled to order in their California factory and PDI'ed once they arrive at Evo.

Santa Cruz also produces the high-end Reserve carbon wheels which have set a new standard for strength and reliability. All of their frames and wheels come with a lifetime warranty. 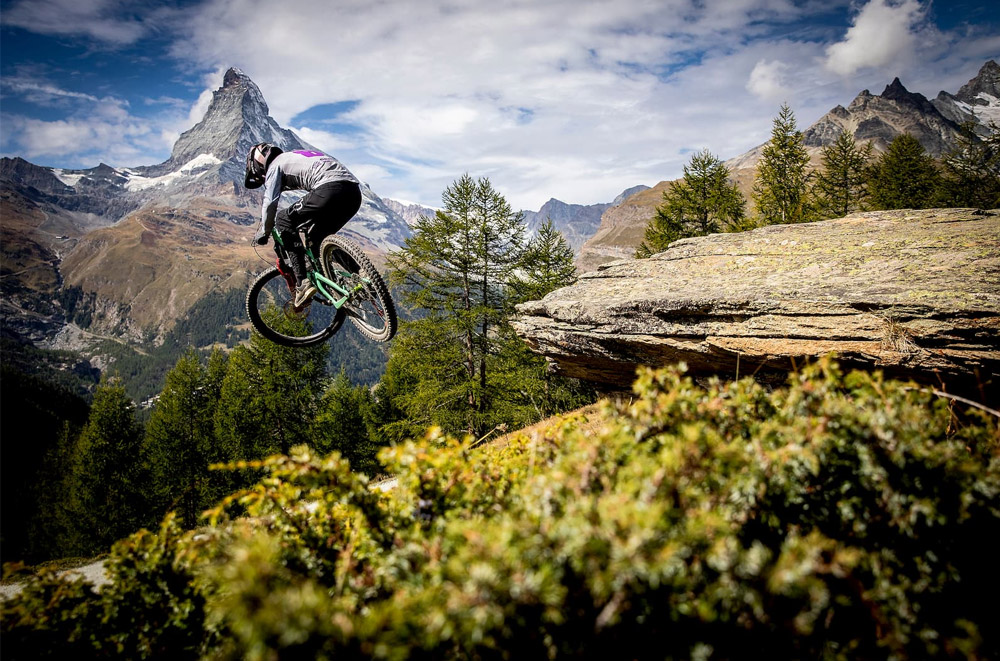 At Evo, we offer a fully visual Custom bike builder. Build your mountain bike how you like, we then hand-build the bike from the list of top parts you've selected and delivered it straight to your door. 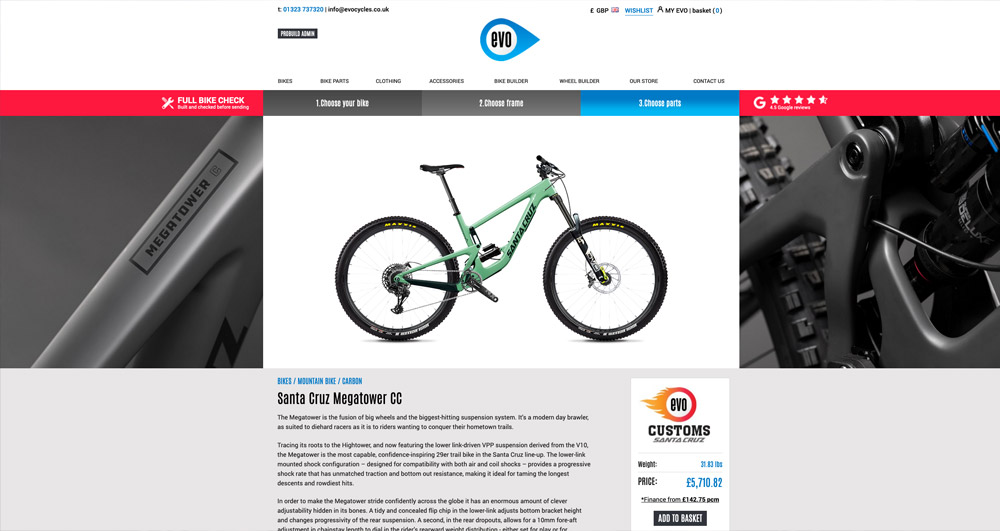 Build your dream Santa Cruz custom bike
Author: John Hodge
OK
By accepting or continuing to browse this site, you are agreeing to our use of cookies and our privacy policy
ACCEPT