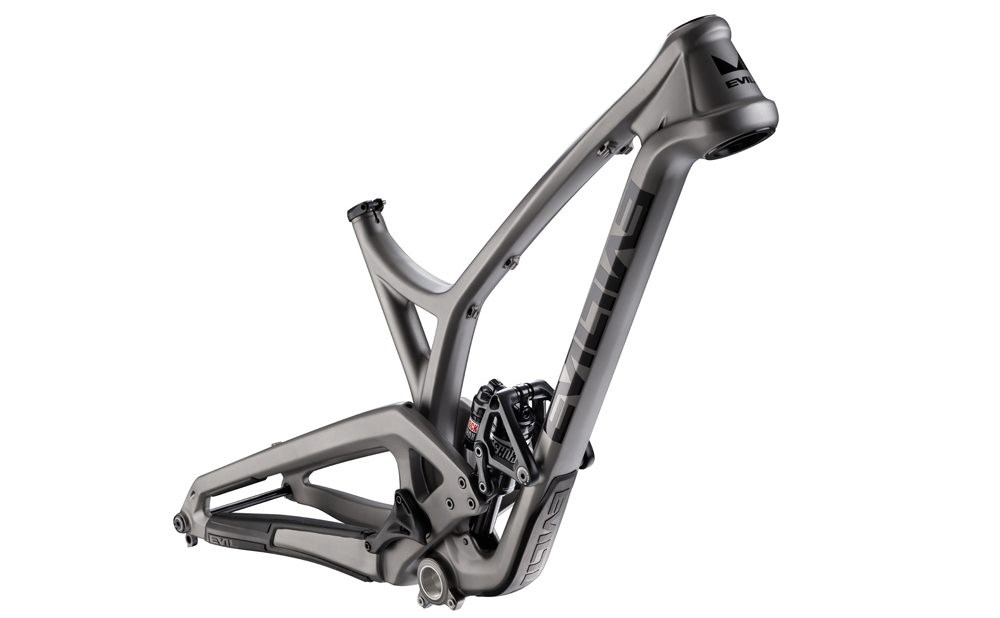 Fresh from the science lab the updated Insurgent LB has broken out of its test tube and is back with a vengeance. The Insurgent was the 27.5" wheeled bike we didnt even want to make. But as it turns out, the Insurgent has proven itself to be a hell raiser, ready to separate your tires from your rims in every corner. The short snappy chainstays, low bottom bracket and long top tube make shredding just a little bit betterer. Without trying to re-invent the wheel, we added boost rear axle spacing, and two fresh new colors; Freddy Mercury and Yogurt Truck. We also managed to shave almost a half-pound off the overall frame weight while improving ride quality. You just know its just gunna be lighter, fastest and gnarlier than ever before. Most importantly, we added water bottle cage mounts because it turns out that people like to drink water while they ride their bikes.